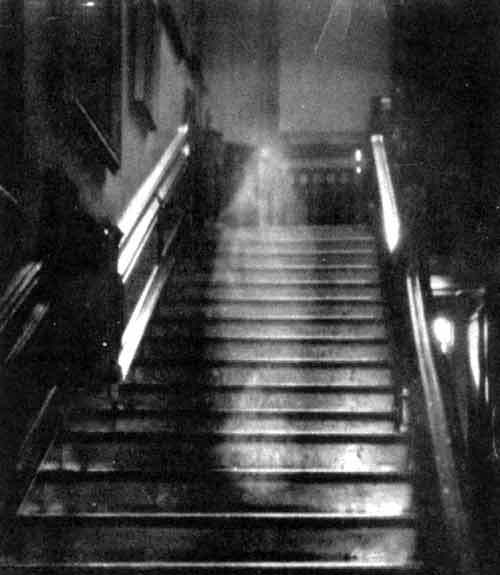 He has been and always will be skeptical. I, on the other hand, am a believer.
We arrived on time. I looked up at the address; Catamarca 3095.

“This is the place,” I said with excitement. My heart fluttered as I rang the dusty doorbell.

“Nothing a little spring cleaning can’t fix,” I thought to myself. I had a good feeling about this place.

“Hi, we are here to see the house you have for rent.”

“Oh yes, I will buzz you in. Just push on the door”

The door opened to a long staircase with a violet and green colored glass window at the top.

My eyes filled with tears. I had looked at twenty or more spaces in the last month but none of them were quite right. Too big, too small, too noisy, etc. By the time I had arrived to the top of the stairs, I knew this was it.
This would be my new language institute.

The agent guided us through each room with the enthusiasm of a man on his deathbed. The more we commented about how lovely it was, the more he tried to deter us from renting the space.

“The old pine floors are in fantastic condition!” I exclaimed.

“Aren’t they? Too bad they have termites. You will likely have to change them,” he responded.

His negative comments were not, however, going to change my mind. I had made my decision. With a little cleaning and a lot of love, I would make this place mine, and I did.

As we left, I remember saying to my husband “It has a special kind of energy doesn’t it?”

He just scoffed. He has never believed in that kind of thing.

After going back and forth with the agent, we finally convinced him to let us rent the space. Only now do I understand the creepy words he said when he shook our hands. “Well I hope she treats you nicely.”

She? Was he personifying the house?

Eager to start hosting my classes there, I immediately began cleaning and painting. I spent long days and nights making the space my own. Each morning I would arrive, put the kettle on, turn the music up and begin my flow. And it was on one of those mornings that I finally understood who she was.

I had been in the corner room, alone and standing on a chair in order to reach the cobwebs in the big stained glass windows when I heard a noise. It came from the bathroom.
I stepped down from my makeshift ladder and turned down the music.

I received no response but I no longer felt alone. I cautiously walked toward the bathroom and as I did, I smelled the scent of a woman’s perfume and sensed a female’s presence.

That night at dinner I told my husband about the experience.

“I think we have a ghost in the institute” I said. “I feel like she lives in the bathroom or on the balcony between the bathroom and the corner classroom.”

“Don’t be ridiculous,» he said, «ghosts don’t exist. It was probably someone passing by on the street.”

Maybe he was right. Maybe I had just been working too hard.
But then, a week or two later, something happened.

It was 8 P.M. My husband had chosen the corner classroom and was in the middle of giving class when he saw bright white light flash across the blackboard. Without turning around, he continued writing, thinking his student had taken a picture rather than copy the notes.

“Damned youth with their smart phones,” he thought to himself.

But he couldn’t help hearing his wife’s words in the back of his head. Ghost, woman, corner classroom.

When he turned around he found student’s face white with terror.

“What’s wrong? What happened?” he asked.

“Did you just see that, that white light on the board? It, it flashed and then was gone.” stammered the student.

“You mean you didn’t just take a picture with your phone?»

They searched the room for explanations. The windows and doors had been shut to keep the cold out. They were the only two people in the school. Nothing could have made a bright white light flicker twice across the board.

With little exchange they both acknowledged that class had ended. The fear in the air said more than the words stuck in their throats.

They left that night and perhaps she left with them. I haven’t seen, smelled or sensed her since. All I know is, my husband is still skeptical but he cannot deny the lack of explanation for what he saw that night.
As for me, I have always believed.